Hydro, wind and solar power are normally situated far away from the consumers. In order to utilize these energy sources in an economic way, the produced electricity has to be transmitted very long distances at a low cost. As electricity production has primarily used fossil fuels, which can be transported by boat, there has not been great demand for electrical transmission. One exception is Sweden. The hydropower resources in the North of the country were developed early on and this has had the beneficial consequence that knowledge in electric transmission was also developed.

The easiest way to improve the transmission capacity is to increase the voltage. This was done in Sweden.  It was the first country to use 400 kV alternating voltage on a large scale almost sixty years ago.

To transmit electric power very long distances or in cables it was not enough to increase the voltage. But to convert the alternating current to direct current (HVDC) provides some big advantages. Since then development has continued rapidly and today up to seven thousand megawatts can be transmitted more than two thousand kilometres on one power line with HVDC. 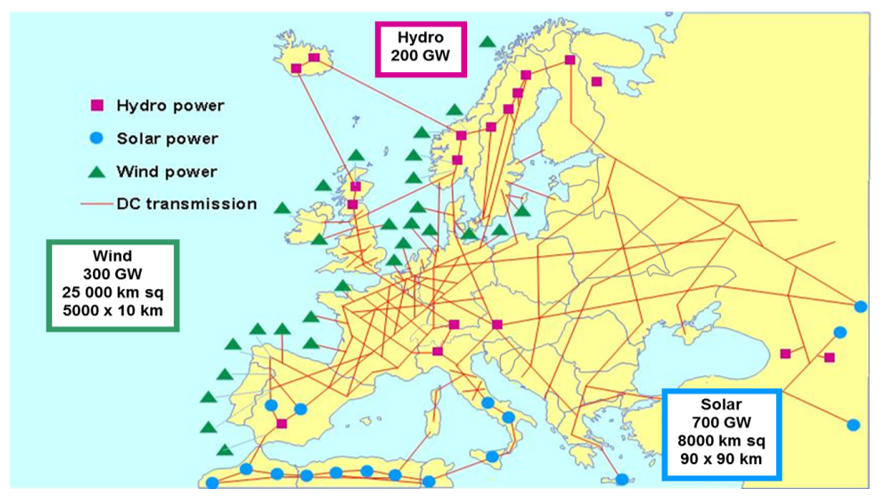 The picture shows how Europe could be supplied by renewable electric energy by utilising HVDC transmission (Origin: ABB and Gunnar Asplund).