In 2009 Gunnar Asplund started the company after 39 years work at ASEA/ABB where he had worked with high voltage testing and development of High Voltage Direct Current, HVDC.

HVDC is a technology to transfer large amounts of electric energy over long distances. This is very suitable for renewable energy such as hydro, wind and solar where the best conditions for generation in most cases are situated very far from the consumers. Solar is best in deserts and wind is best at sea and hydro is very seldom available close to large cities. So the reduction of CO2 was one of the strongest drivers for HVDC. Actually, electric generation is number one when it comes to CO2 emission but technology both for generating and transmitting electric power is already available to solve the CO2- problem with electric generation.

Based on this analysis Gunnar Asplund came to the conclusion that a system that could feed road vehicles while driving was the piece in a jigsaw puzzle that could make electric vehicles at least as attractive as fuel vehicles and that could make the transition to electric driving much faster.This was the start. How to feed on the road was the next question. Some criteria were formulated


After investigating overhead feeding, magnetic feeding and feeding on top of the road it was concluded that only conductive feeding from a trench in the road fulfilled the criteria. After that, the development of the present solution began.

The three first years model tests were made outdoors and indoors to test contact and rail wear. After that four versions of rail and dozens of versions of contacts have been tested during eight years at more than four hundred test occasions, each with tenths of test runs with new items being tested.

This does not mean that everything is finally developed. Is anything fully developed? But the present solution works and can be applied in large scale. 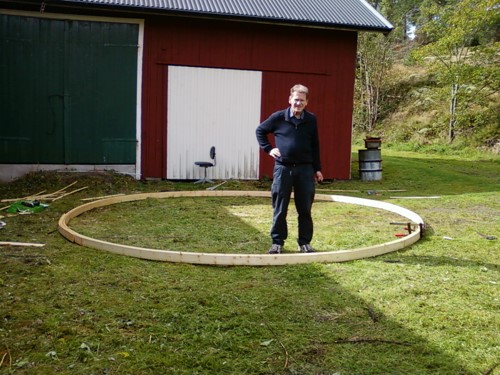 Elways has already designed the various parts of the system. Some of the parts are however not possible to design without testing. Therefore Elways has designed several test circuits and performed tests to verify that the solutions will work.

To avoid building a large full-scale test track a small circular track has been built with a rail buried in the asphalt and contact is pulled around by a centrally located motor.

Only one contact is used, that's why the current has to be fed to the centre and then under the track to the power source. 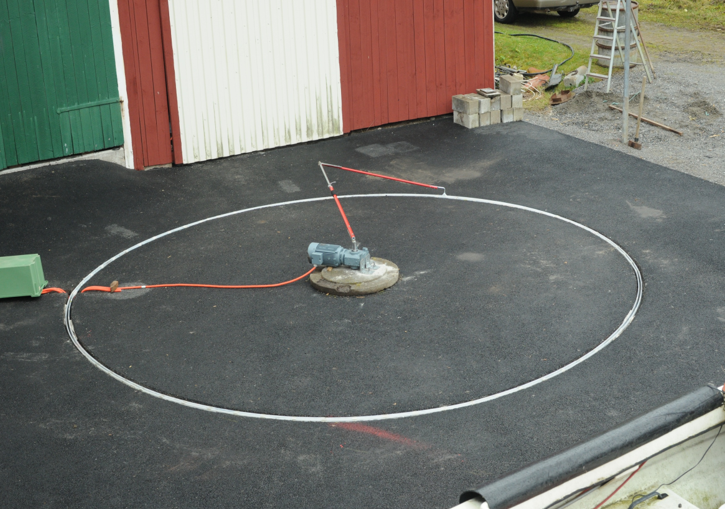 The picture shows the test circuit. 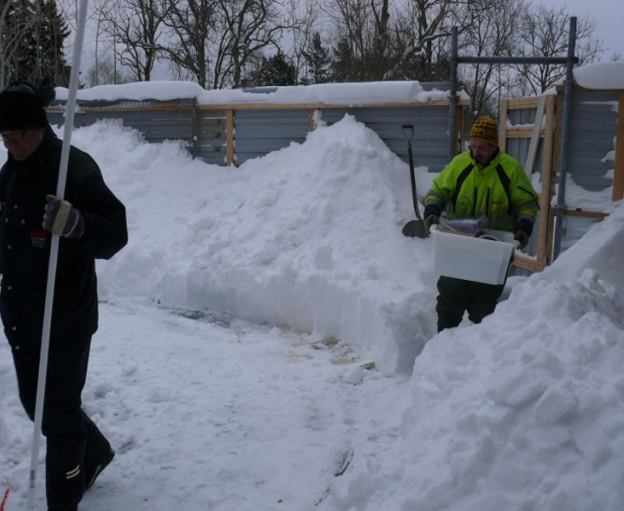 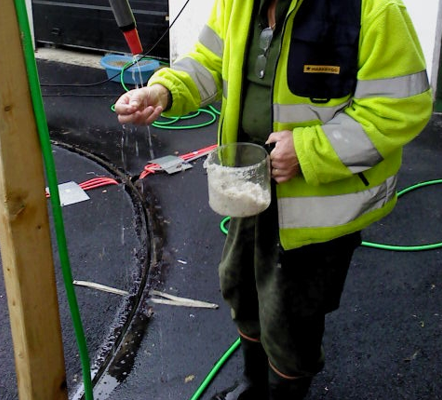 At the tests performed with the outdoor test circuit the following test results were achieved:

A linear test circuit has been constructed indoors. Here the contact is designed to move in 100 km/h to study collision with small and big obstacles. The circuit is shown below.
By using this circuit a contact has been developed that can withstand both small and big collisions. 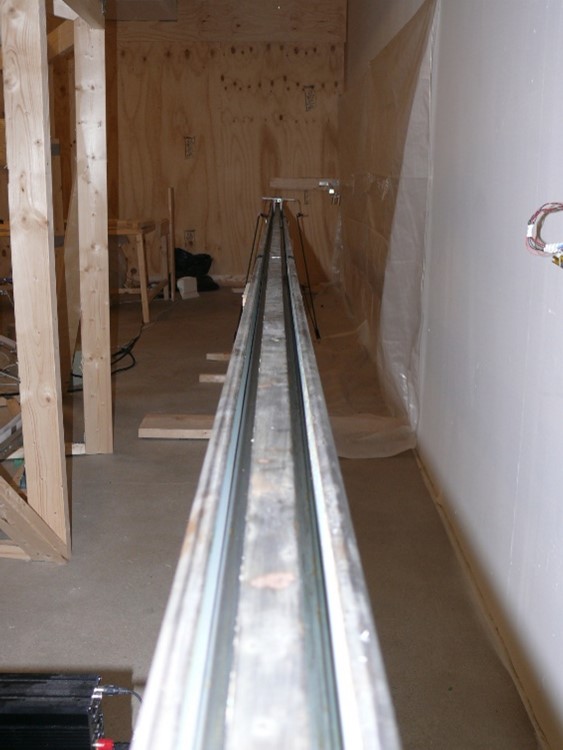 The picture shows the indoor the circuit.

Since April 2018, electrical tests have been carried out at the demonstrator road close to Arlanda, with the electric truck charging while driving.
The truck has currently (April 2020) driven 532 km on the demonstrator while charging at the same time. During these tests, technical problems have been identified and solved by further development of the Elways ERS technology.

The demonstrator road, with its electric power rail in the middle of the road path.

Switching cabinets are located along the electric road, containing electronics with which it is decided whether the electric power rail should be energized or not.
During tests in 2018, it occasionally happened that this control system did not recognize when the truck was located on the power rail, resulting in no power going into the truck. This could be solved by improving the signal transmission components in the truck and the switching cabinets.

Since the beginning of 2019, the truck is consistently recognized by the control system and the power is switched on at the right place and time. 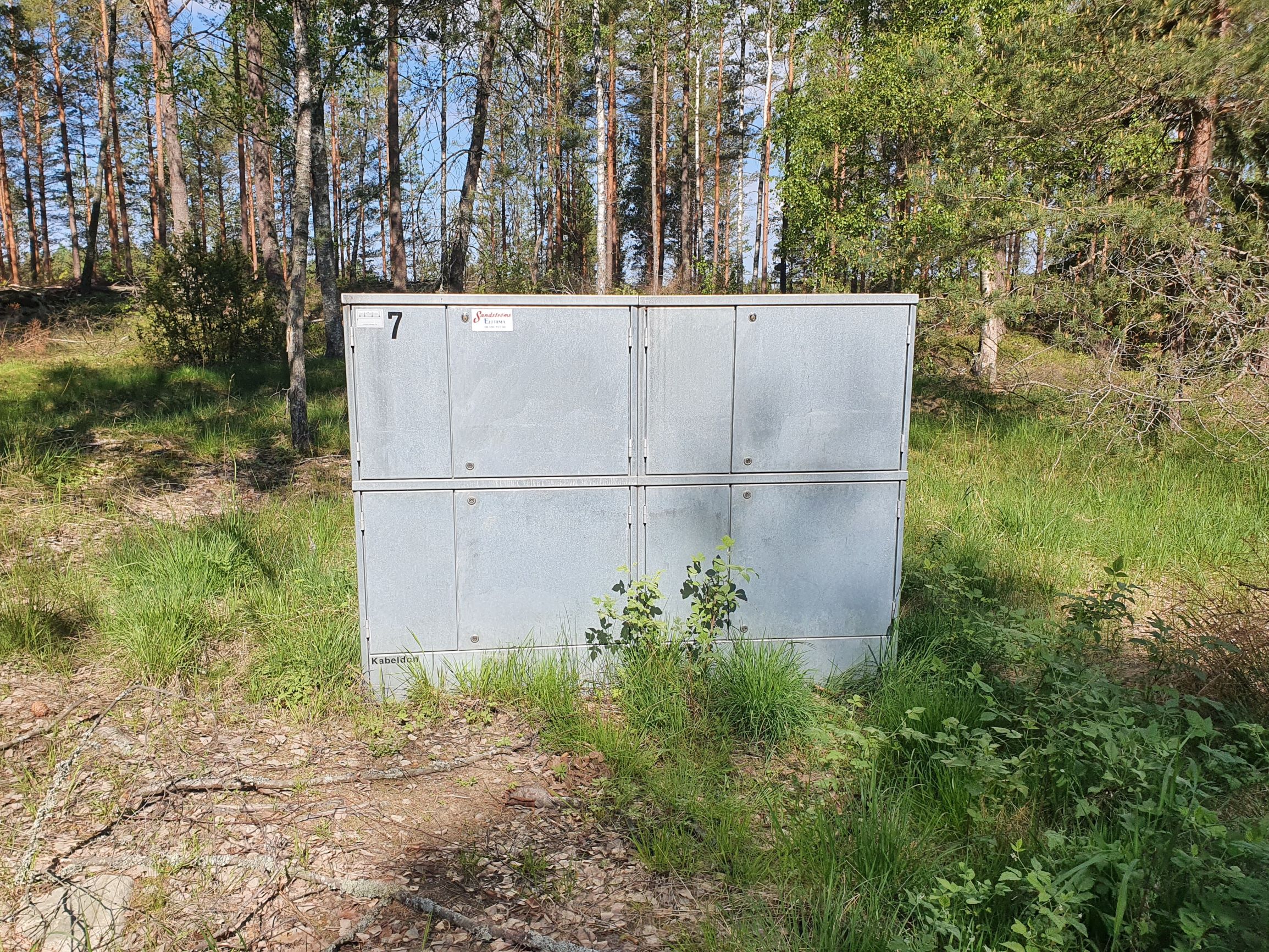 It is necessary for the power rail’s conductors to be sufficiently clean in order to enable high power transfer from the rail to the vehicle. Continuous development work of a machine for cleaning the rail has been performed.

Several successful test runs have been carried out with the truck charging at 60 km/h with a power of 200 kW along the road. The graph to the right shows a power measurement from one of these test runs.