Availability of fossil fuels will eventually decrease but that is not the only worry with using fossil fuels. During combustion it is inevitable that carbon dioxide is produced. Coal gives off the most CO2, oil somewhat less and gas least per energy unit produced.

The figure below shows emission by type of user. 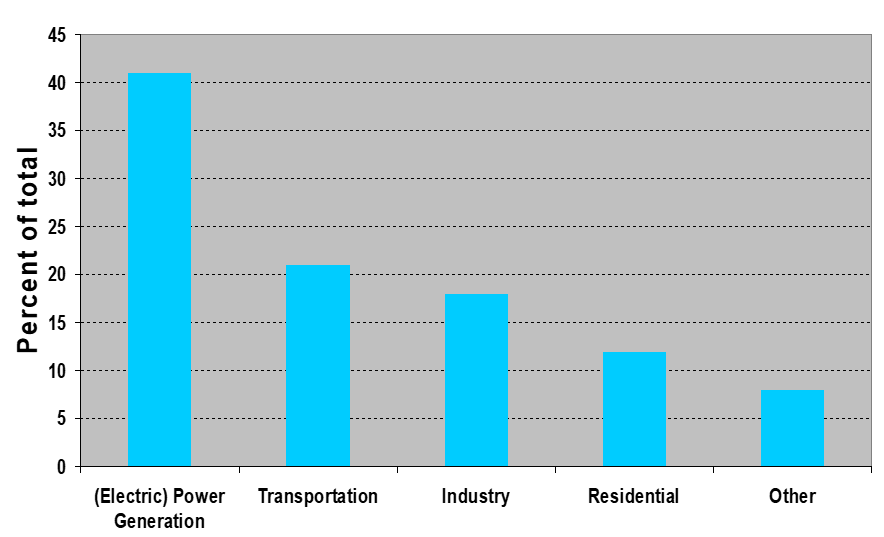 As can be seen the production of electricity produces the largest amount of CO2 of any energy consumer group. This is due to the fact that coal fired power plants are the largest producer of electricity in the world. Other big generators, which also contribute to CO2 emissions, are gas fired and diesel power stations.

The figure below shows the proportion of different types of electric generation. 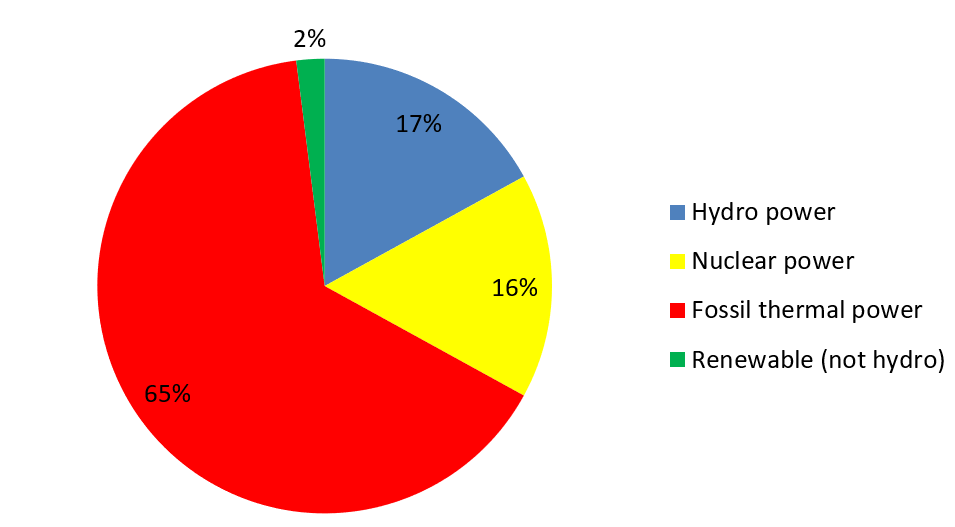 About two thirds of all electricity in the world is generated by fossil fuels. If we look at new production it is encouraging, however, that wind power is increasing very rapidly, as is hydroelectric power. The latter has been made possible by new technology developed to transfer electric power by High Voltage Direct Current (HVDC). See more below.

Coal fired power plants are very big facilities. In several places around the world tests are being undertaken to capture and store the carbon dioxide that is generated. The idea is that the CO2 could be pumped back into geological formations in the ground and be kept there for a very long time. Should this succeed, a big part of the electricity could be produced without emitting CO2 into the atmosphere. Coal is the fossil fuel that will last the longest. Most sources talks about one hundred to several hundred years’ worth of coal yet to be exploited. This would give us time to develop alternative energy not based on fossil sources.